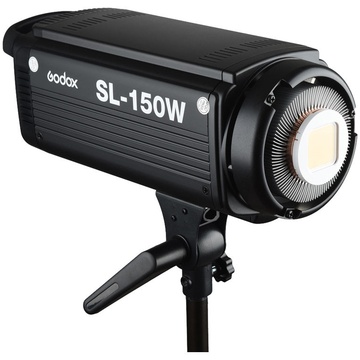 A versatile constant light source well-suited for video work, this SL-150W LED Light from Godox is a daylight-balanced, 5600K light featuring a COB (chip on board) LED for high brightness and colour accuracy. The intuitive design of the light incorporates a rear LCD monitor and dial for 10-100% dimming adjustment, and a dedicated wireless remote is also included for brightness control as well as for grouping lights in multiple light configurations. Also, to help ensure consistent and continuous use, a heatsink and built-in fan are featured to help regulate temperature along with a specialised temperature control function to protect the LED itself. The light is also configured to accept Bowens S-mount light modifiers and accessories, such as the included reflector, and the LED also has a clear cover over it for additional protection. 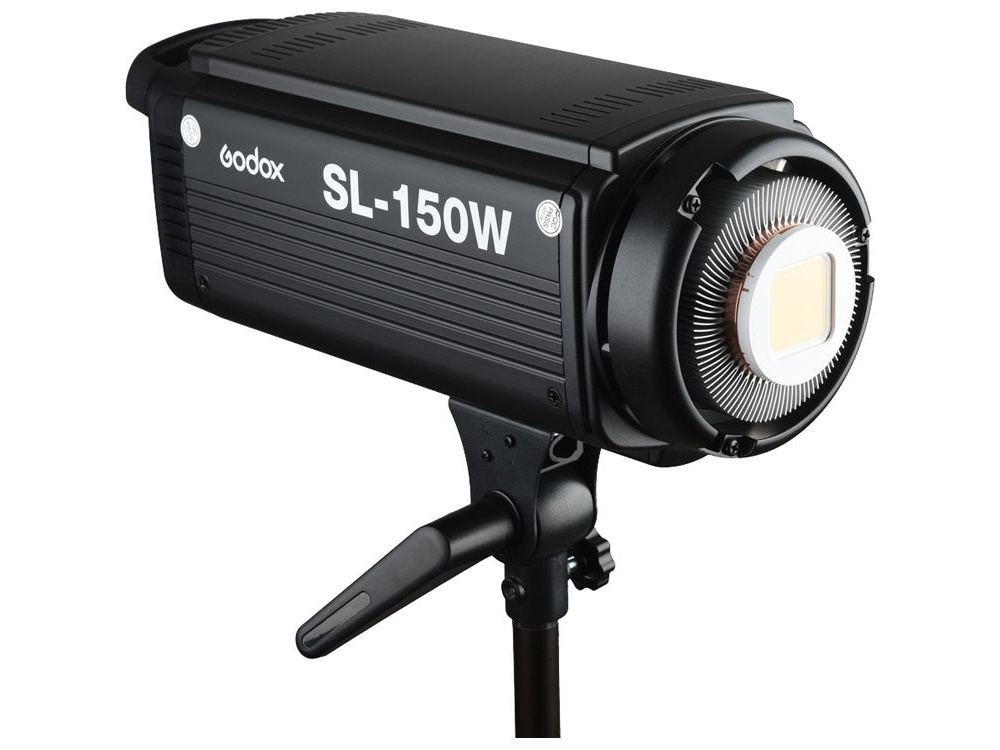