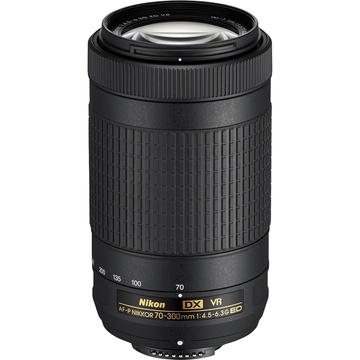 Reach out and capture some of the most distant subjects with this AF-P DX NIKKOR 70-300mm f/4.5-6.3G ED VR Lens from Nikon . Designed for DX-format DSLRs, this telephoto zoom offers users an impressive equivalent focal length range of 105-450mm. Using an extra-low dispersion element and the Super Integrated Coating, users will be able to capture crisp, clean images with minimal flare and ghosting. Also, this model offers Nikon's Vibration Reduction image stabilisation that can compensate for about 4 stops of shutter speed, something that is especially useful at longer focal lengths. The AF-P series of lenses uses a special pulse motor AF system which uses stepping motors for smooth, silent focusing during both stills and video shooting. This series removes switches from the lens barrel to avoid accidentally changing settings, allowing users to change settings in their camera's menu. Additionally, it utilises a rounded 7-blade diaphragm for smooth bokeh. 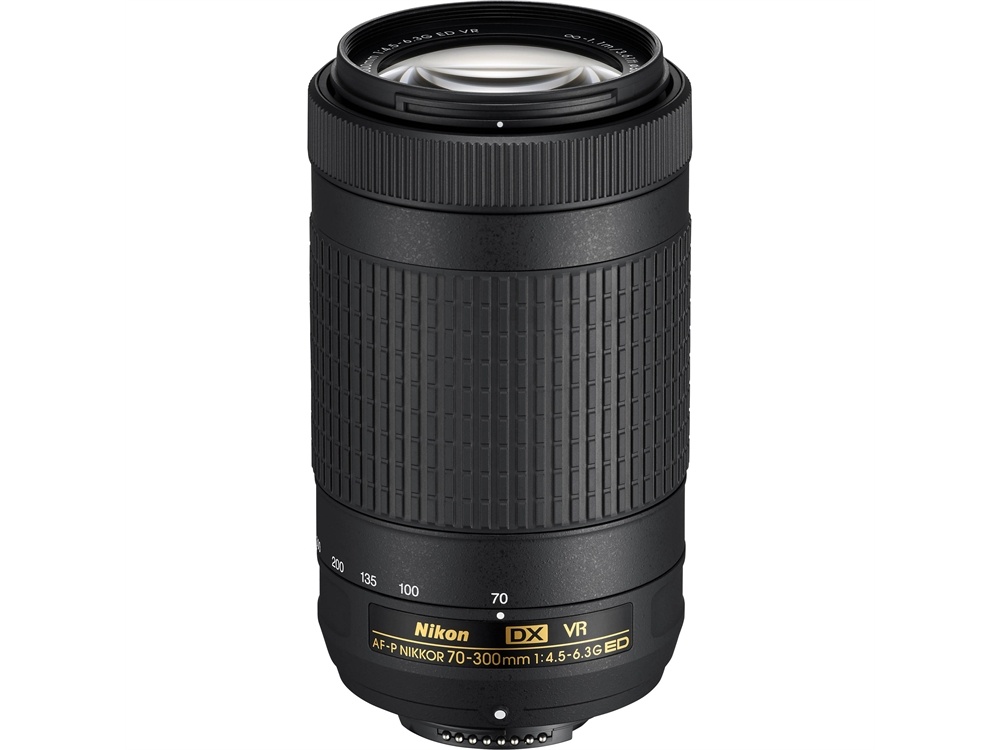