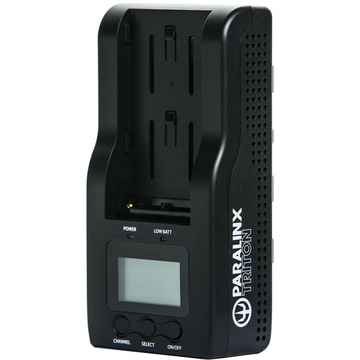 The receiver features an HDMI output, and it incorporates an NP-F type battery plate with power pass through capability. The system operates on the licence-free 5 GHz frequency band with 8 available channels. It utilises 1/4"-20 mounting and features an LCD screen that displays signal strength, remaining battery power, and channel selection. 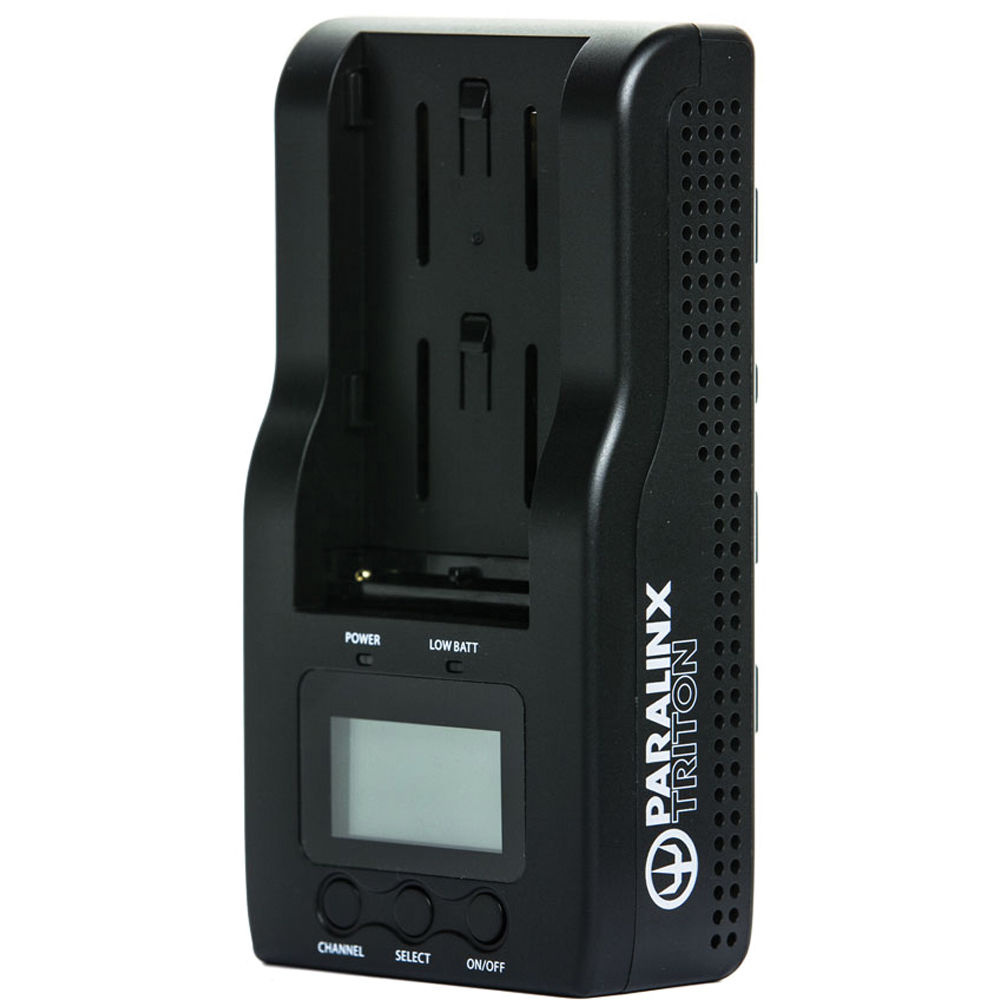