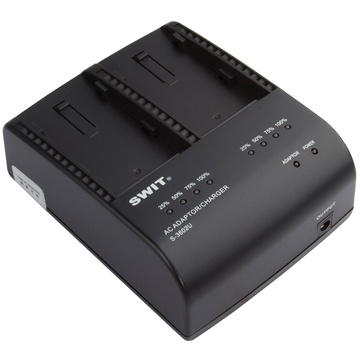 The SWIT S-3602U Dual Charger/Adapter has two charging channels with 16.8 VDC, 1.9A output for simultaneously charging two batteries. It is compatible with the SWIT S-8U62/63 and Sony BP-U30/U60 batteries. Four-level LED charging indicators for each channel indicate the percentage of charge remaining.

The dual charger also has one 5.5 mm, 14.4 VDC pole socket to provide 12 VDC, 1.9 A DC adapting output for Sony PMW-EX1, EX3 cameras and corresponding accessories via the included DC cable. One channel can be used to charge a battery by dropping it in, while the other can be used to adapt to a camera/accessory simultaneously. 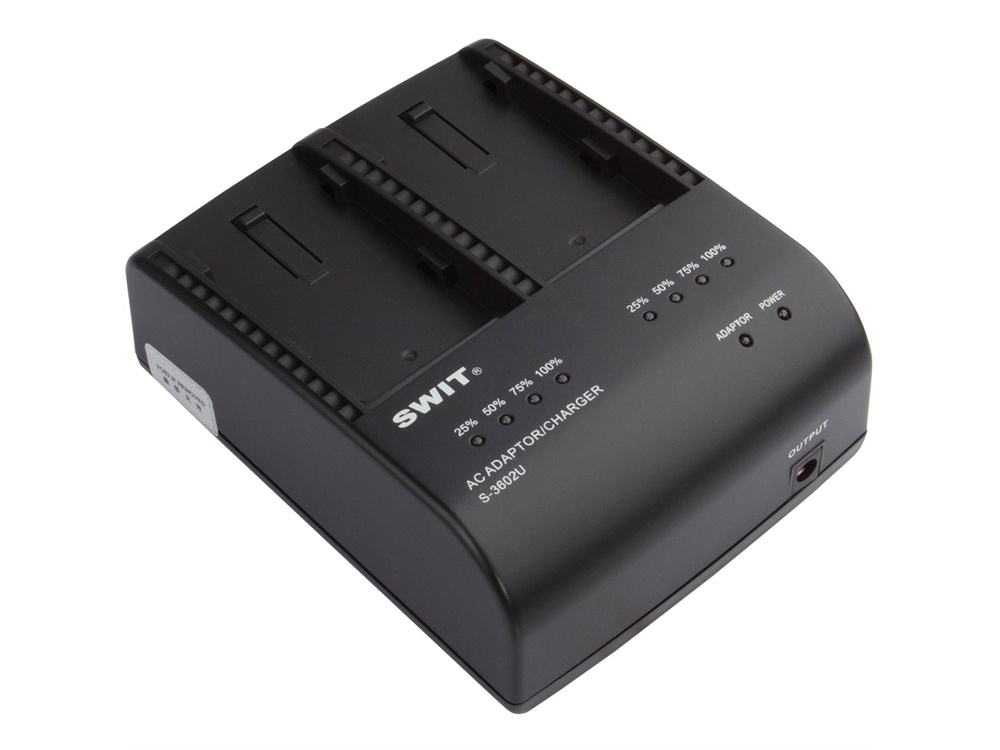