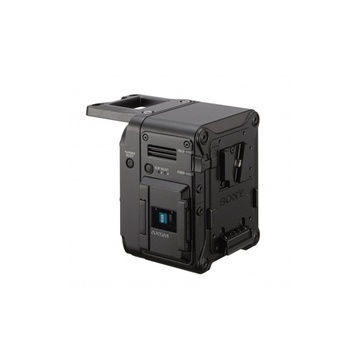 The durable, dust and splash-proof Sony AXS-R7 Portable Memory Recorder attaches seamlessly to the high-end F55 and F5 CineAlta cameras, speeding up the 4K production workflow without compromising quality. The AXS-R7 doubles 4K RAW recording from 60 fps up to 120 fps for the F55 camera compared to previous Sony recorders. For shooting at higher frame rates, the recorder captures 2K RAW at up to 240 fps for the F55 and F5, for playback with 10x super slow motion. Working with high-speed AXSM™ A Series memory cards, the recorder features dual memory card slots for extra security and to extend recording times. The recorder also offers 4K RAW cache recordings up to 30 seconds while in standby mode. The tough, all-metal casing makes the AXS-R7 the ideal companion to the F55 and F5 for all kinds of high-end drama, documentary and wildlife productions.

In addition to AXS-R7 has new recording format, X-OCN. This new format supports the high-quality workflows at moderate bitrate. The system retains everything the sensor sees, delivering tonal gradation with 16-bit precision, ideal for High Dynamic Range (HDR) image grading and other cutting-edge workflows that require higher than 10-bit or 12-bit precision.

Compared to previous Sony 4K recorders, the AXS-R7 Portable Memory Recorder doubles 4K RAW recording from 60 fps up to 120 fps from the F55 camera*. For shooting at higher frame rates, the recorder captures 2K RAW at up to 240 fps from the F55 and F5, for playback with 10x super slow motion.** Also X-OCN can be used for 4K/2K high speed shooting.

** The AXS-R7 Portable Memory Recorder is not compatible with the HXR-IFR5 interface unit.

With the recorder, 4K shooters can take advantage of RAW / X-OCN cache recording at 23.98p for up to approximately 30 seconds (*) while in standby mode, an important feature in documentary or wildlife production where capturing spontaneous action is required.

(*Target results. Actual performance may vary based on environmental conditions and usage).

The AXS-R7 Portable Memory Recorder has a strong, durable metal body built to work in testing conditions in the field. With a thicker metal body than predecessor 4K recorders, the AXS-R7 is dust and splash-proof, with electric parts and the ventilation shaft separated by a metal filter to prevent the entry of dust and water. The recorder’s camera connections are more secure, with a large top bracket that accepts four widely spaced screws. Dual memory card slots support high-speed AXSM memory cards The AXS-R7 Portable Memory Recorder features dual memory card slots and work with sleek, high-capacity, high-speed AXSM A Series memory cards, which are designed to support the write speeds required for 4K RAW /X-OCN 120 fps recordings. By using Sony’s free RAW Viewer application the recorded files can easily played back and checked on a PC or MAC. AXSM memory provides a super fast, affordable format for sensational quality recordings. 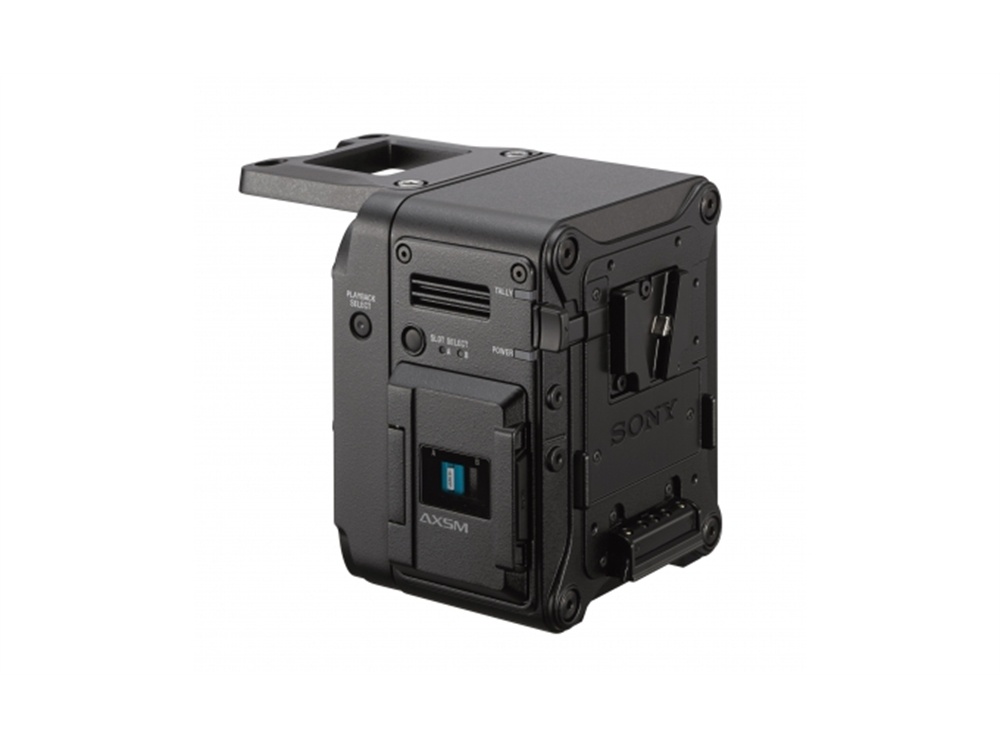