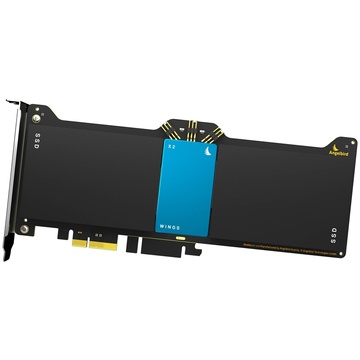 Our Price $259.00 AUD
This product can't be purchased at this time, please contact us for more information.
Add to Wishlist
Request a price match
Ask us about this product
Delivery - $20.00*
.
*estimated shipping to New South Wales
Read More: Overview Specifications More Info

When you need capacity, performance, and reliability, the WINGS X2 is the answer. The WINGS X2 is user-expandable and bootable. It features a hardware raid controller with high IOPs, low latency, and impressive transfer speeds. A rock-solid upgrade.

Time to spread your Wings and fly!
Angelbird Wings is a PCIe card, which hosts up to four Crest SSDs. The more SSDs are attached, the faster your system will be. This sounds unreal, so, step by step Angelbird will explain.

Extremely fast storage
In conventional system, each disk is used separately. With a Wings Striped RAID, the load is spread out over all connected Crest SSDs, giving you an amazing performance boost. By adding up to four disks to the Wings card, you incrementally increase your performance.

Optimized for Audio and Video
Using Wings you can edit audio and video material in real time without any penalty given by traditional hard drives. The card is perfectly optimized to work flawlessly on Apple OS X and all its pro apps.

Expandable
You can put up to four Crest SSDs on a Wings card. They don't even need to have the same capacity. You could start with one 60GB SSD for the OS and add two 120GB later for work and project data.

Secure your data with RAID
If you choose to setup a Mirror RAID with your Wings, all your data one one disk is physically duplicated onto the other. This means that even when one disk fails, you still have a second copy to continue working with.

RAID Configurations
RAID stands for Redundant Array of Inexpensive Disks', which means that multiple storage media are combined as one unit by means of software, which in most cases is integrated into every OS. Multiple, separate RAID arrays can be arranged over single and multiple cards. Depending on the supported operating system, RAID 0, RAID 1, RAID 5 are possible. 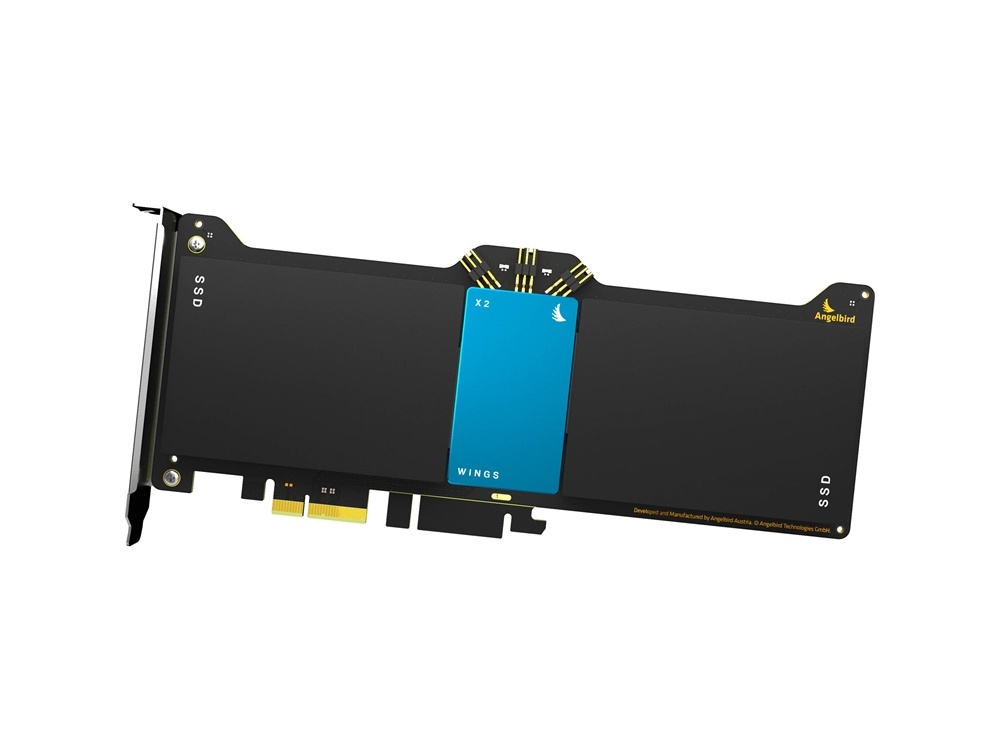