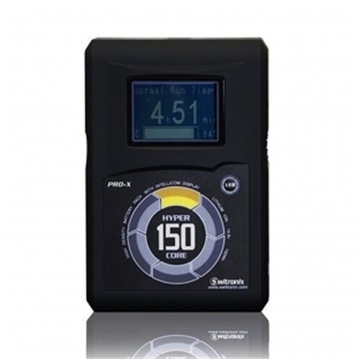 The Hypercore series of battery packs employ the very latest in Lithium Ion technology. The Core SWX HyperCore 150wh AB-Mount Battery cell was constructed with the specific purpose of handling and sustaining high power draws. The cells can withstand up to a 10A draw (12A peak) for extended periods of time while not diminishing service life.

The HyperCore series delivers the most value and ROI for those who require battery packs to stand the test of time and deliver unrivalled performance.

Cell Pack
HypercoreCell.pngAt the core of any battery needs to be a great quality cell. The 18650 cell employed in Hypercore battery packs ranks among the best in the Li-Ion industry. The hypercore cell was constructed with the specific purpose of handling and sustaining high power draws.

The cells can withstand up to 10A draw (12A peak) for extended periods of time while not diminishing service life.

The battery cells are incased in an over moulded, rubberised housing, consistent with all Core SWX’ battery packs for nearly 8 years. The case provides additional protection against accidental impacts; and the rubber texture reduces the chance of the battery slipping out of your hands.

Runtime LCD
In addition, the battery pack is outfitted with a Runtime LCD on the front of the pack. The front provides a canvas to place a large, backlit LCD on the most visible part of the battery. For ENG cameramen, there is also a 4-stage LED display on the side of the battery, which can be used to glance at leftover battery capacity.

Getting back to the LCD, the LCD is multipurpose. Not only will the LCD inform you how much time you have left when in use (in hours and minutes), but it will also give you an estimation based on a dummy load of 30w, when in standby (disconnected from any devices). Furthermore, this serves a third purpose as a charge indicator, by computing remaining charge time when on a charger.

The battery doesn’t just compute a simple calculation when deciphering runtime. Recognising the most important feature of the battery for a video professional, Core SWX’ proprietary on-board fuel computer leverages the Hypercore’s “smart” battery platform to take an aggregate view of the past usage of the battery; charge and discharge performance, to provide the most accurate Runtime calculation, down to the minute!

Accelerometer
Each battery is outfitted with an accelerometer to detect motion, a similar component that is in mobile devices. The accelerometer is tied to a clocking algorithm to gauge how long the battery is not in use. One of the issues with all battery packs is self-discharge when not in use.

Hypercore battery packs with go to sleep or hibernate when there is no battery usage or movement after a 48hr period, and the LCD shuts down as well to preserve state of charge. Once you pick up the battery, or the battery detects the slightest movement, the battery pack awakens, coming back to life at its maximum capacity.

Accessible Power
As with all Core SWX brick battery offerings, the Hypercore series have an integrated, unregulated P-tap connection on the side of the battery allowing you to power any device accepting 12-16.8vdc. In addition it is one of the first battery products in the industry to incorporate a USB power output.

Being proactive, Core SWX recognises the importance of mobile devices in production nowadays, and by adding the USB port it allows you to accessible charging for your mobile device.

A Smarter Battery
Any charger within Core SWX’ charger lineup will charge Hypercore, but the battery series is also the most cross platform, charger-compatible in the industry today. Core SWX has transitioned its 3-stud (Gold) mount offerings to a Hypercore “Gold” series. The Gold series is 100% compatible with Anton/BauerTM chargers firmware V3.6 and up.

With four Hypercore 98 batteries installed, the unit provides 392wh. Keeping travel guidelines in mind, you may also use Hypercore Prime battery packs, increasing the maximum capacity to 760wh. Each battery pack is placed within a hopper style system, with locking panels, allowing you to transport the unit just as you would a block battery.

Voltbridge
With battery power being the most critical part of production, Core SWX recently released VoltBridge. VoltBridge is Core SWX’ battery monitoring platform that utilises a Bluetooth Low Energy (BLE) UART to transmit smart battery data to iOS & Android devices, allowing the user to monitor and set low battery warnings, via push notifications, on up to 25 devices per tablet or smartphone. With Hypercore, all the smart battery data is passed through the pipeline to the app, providing the most extensive feature set in the app. 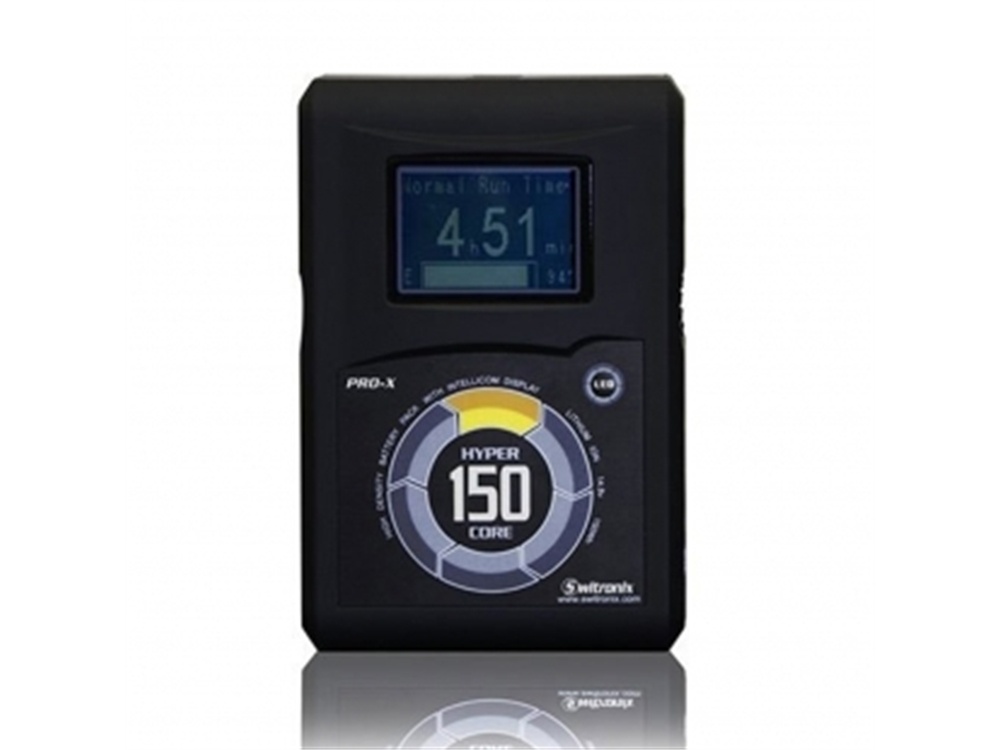