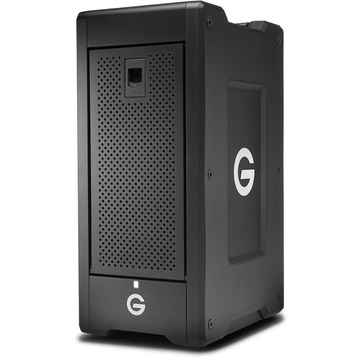 NOTE: This drive comes pre-formatted as RAID 5. This means the capacity of one drive is used to provide protection from a drive failure. Actual usable capacity will show as 70TB.

Designed for platforms that require large capacities, high-powered performance, and multiple RAID configurations for multi-stream 4K, 8K, and VR workflows, the G-SPEED Shuttle XL 80TB 8-Bay Thunderbolt 3 RAID Array from G-Technology provides up to 80TB of enterprise-class storage that is made up of eight 10TB 7200 rpm 3.5" hard drives and is equipped with two 40 Gb/s Thunderbolt 3 ports. While one of the Thunderbolt 3 ports is used to interface with your host system at speeds of up to 2000 MB/s, the other can be used to daisy chain up to five additional devices to your G-SPEED.

The eight drive bays of the G-SPEED come pre-configured as hardware-controlled RAID 5, which provides a good balance of performance and data redundancy. Also supported is RAID 0, 1, 6, 10, and 50. The G-SPEED Shuttle XL 80TB 8-Bay Thunderbolt 3 RAID Array comes formatted for macOS 10.12+. After a simple reformat, it may also be used with Windows 10 and 7. Also included is a 40 Gb/s Thunderbolt 3 cable, a power cord, and eight removable disk modules. Protection is provided by a limited 5-year warranty. 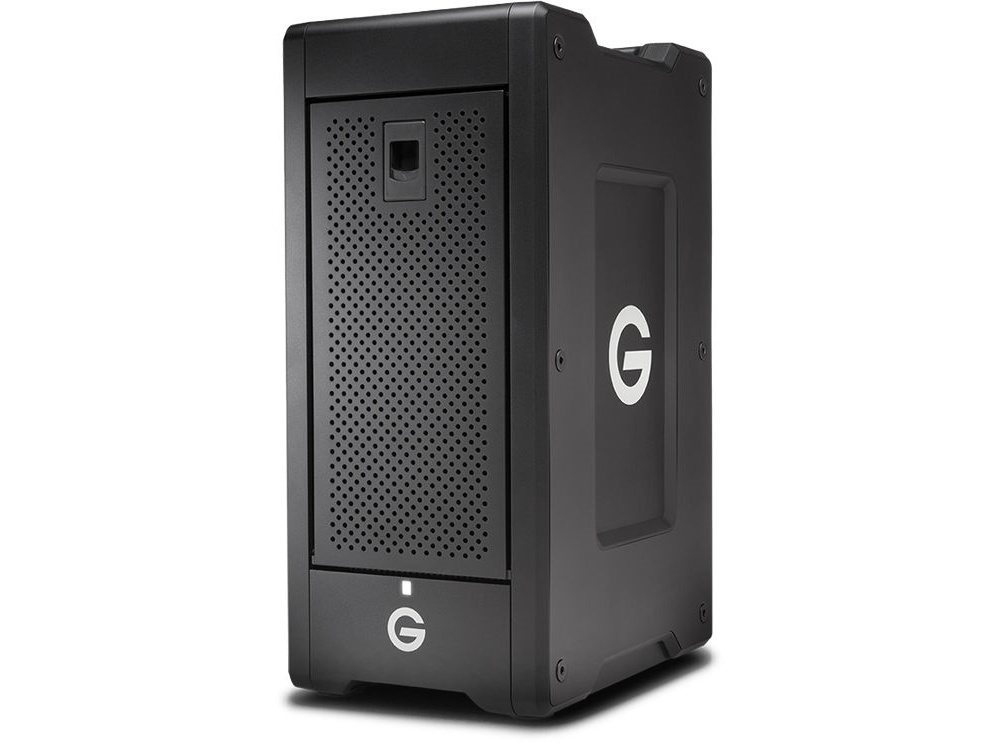