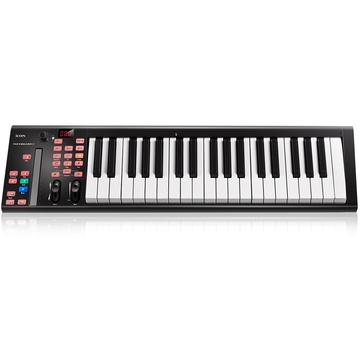 The iKeyboard 4X 37-Key MIDI Controller from Icon combines a 37-key piano keyboard and full-sized keys with semi-weighted action, and a single-channel DAW controller in a rugged metal enclosure. The controller provides both a pitch bend and modulation wheel, as well as octave and transpose buttons that can be used with the built-in factory presets for DAWs such as Cubase, Nuendo, Logic Pro, Pro Tools, Ableton Live, Samplitude, and Studio One.

Every control on the iKeyboard 4X can be custom-mapped to any MIDI application using the included iMap software. A full transport is provided for playback, recording, looping, and changing automation modes. The large rotary encoder with LED ring can be used for panning, setting send levels, controlling plug-in parameters, and more. 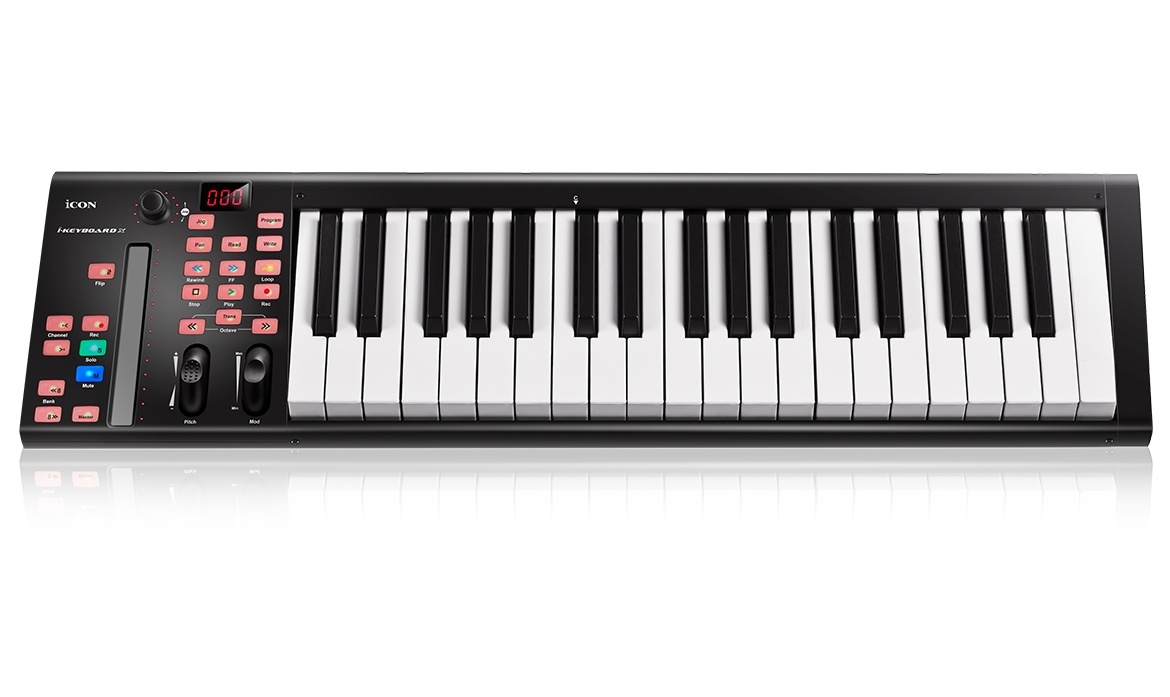