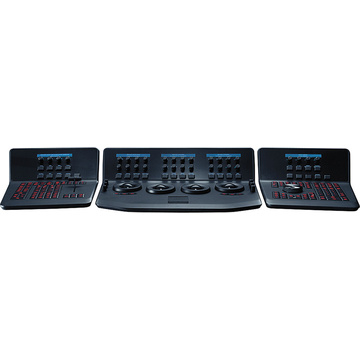 Product #1308 | SKU DV/RES/AADPNL
In stock with supplier Usually ships in 3 - 5 working days
what does this mean?

Not currently for sale
Contact us for more information
Add to Wishlist
Ask us about this product
Read More: Overview More Info

The amazing DaVinci Resolve control surface has been designed by colourists to work together in total harmony with the DaVinci Resolve software. Controls have been placed near your natural hand positions and lift, gamma and gain can all be adjusted at the same time. Each correction control has a separate button or knob so you can instinctively reach out and touch every part of your image.

The post production standard
DaVinci color correctors are the standard in post production since 1984. There are thousands of colorists worldwide who understand the performance, quality and workflow of DaVinci and love it as their trusted partner in creativity. DaVinci is the name behind more feature films, television commercials, documentaries, episodic television production and music videos than any other grading system. Now available for both Mac and Linux, the true quality and power of DaVinci is now affordable for everyone!

Clients demand DaVinci!
When you’re in a room full of demanding clients with conflicting ideas, colorists know that only DaVinci has the quality, real time performance, creative features, and powerful control panels to make euphoric clients who love to keep coming back. That’s why clients always ask for DaVinci by name.

Realtime by design
Computer based solutions are always limited to the computer you’re running on. DaVinci Resolve when running on Linux smashes this limitation, because it’s based on a cluster of Linux computers with high performance GPU cards, so all processing is always real time. This means DaVinci Resolve Linux has all the power of a super computer for the real time performance you need when you're in a room full of clients. Add dozens of primaries, secondaries, power windows, multi point tracking, blurs, and more, then just hit play. It always works!

Scale as you need!
Start with a single computer on Mac OS X for lower cost, then upgrade to Linux for extra power for high resolutions such as 2K or 4K, stereoscopic 3D feature films, or real time grading of raw RED files. It’s all possible with DaVinci because you can just add extra Linux computers and GPU cards via high speed InfiniBand connections. Only DaVinci Resolve scales up as your needs increase.

Engineered to perfection!
DaVinci processing quality is so revolutionary it won an Emmy™ award for contributions to the television industry! All image processing is handled in the deepest 32 bit floating point accuracy, so even if you wind down one layer to almost black, you can still wind the following layer back up with no loss of quality. All effects, power windows, tracking, primaries and secondaries all operate at the highest bit depths, even when processing in real time. That’s the engineering perfection clients demand.

Optical quality processing
DaVinci supports flat gamma, linear or log images with equal ease and quality. If you need to resize, reposition or zoom any shot, then DaVinci Resolve does it all in real time at full RGB optical quality. Pan, tilt, zoom and rotate while grading mixed formats, mixed pixel aspect ratios and mixed resolutions all on the same timeline. Only DaVinci uses YRGB processing to independently adjust luminance using a simple control for greater creativity, such as slightly burnt out or de-saturated highlights.

Nodes for unlimited creativity!
DaVinci uses node based image processing where each node is a separate color correction, power window or effect. Nodes are similar to layers, but much more powerful because you can change the connections between the nodes. Join nodes sequentially, or in parallel to combine grades, effects, mixers, keyers, custom curves in any order for mind blowing creative styles, that are totally unhindered by technical limitations. You can reconnect nodes in any order for all types of exciting and cutting edge creative looks

Innovative stereoscopic 3D!
With the latest feature films in full stereoscopic 3D, DaVinci Resolve on Linux easily handles these new demanding workflows. With stereoscopic hardware you can grade and view two eyes at the same time, all in real time with no rendering and no proxies. Each eye can have its own or a common grade and you can change the position of each eye to change the stereoscopic effect. It's easy to group shots and grade multiple clips at the same time just by selecting the clips in a group or use a quad play head to review up to four clips at one time.

Let your emotions flow!
Colorists know that color correction is all about reaching into the image and letting your emotions and creativity flow to create the perfect shot. It’s just like holding the images in your hands and molding them into absolute perfection. That's why colorists always describe images in emotional ways, such as warm, cold, soft and hard. That's the colorist culture that DaVinci understands. Colorists just cannot be truly creative when limited to clicking on fiddly small screen controls or by using pens and tablets.

Integrated control surface and software
The DaVinci Resolve control surface and software have been specifically designed by colorists to work together in total harmony. Controls have been placed near your natural hand positions keeping the on screen software interface clear of clutter for better visual feedback of your work. Track balls have been placed together so lift, gamma and gain can all be adjusted at the same time. Each control has a separate button or knob so you can instinctively reach out and touch every part of your image.

Heads up grading
Buttons can be set to any custom color, and with a huge 38 independent soft knobs with automatic color labels, you’ll never have to page through multiple menus for common adjustments. Full deck control buttons with jog and shuttle are built in. All grade memories and gallery still frames can be recalled with a simple press of a button. Only the DaVinci Resolve control surface lets you keep your head up and grading at full speed!

Grade raw RED files in realtime!
DaVinci Resolve allows full unlimited grading of raw RED files in real time so you’re not limited by time consuming rendering before grading. DaVinci Resolve reads and browses files direct from your disk array, SAN or files captured from the video input. Choose from a huge range of file formats such as native DPX, CIN, QuickTime, DNxHD and native RED R3D in 4K with full de-bayer all in real time. You can even work with TIFF, JPEG, T 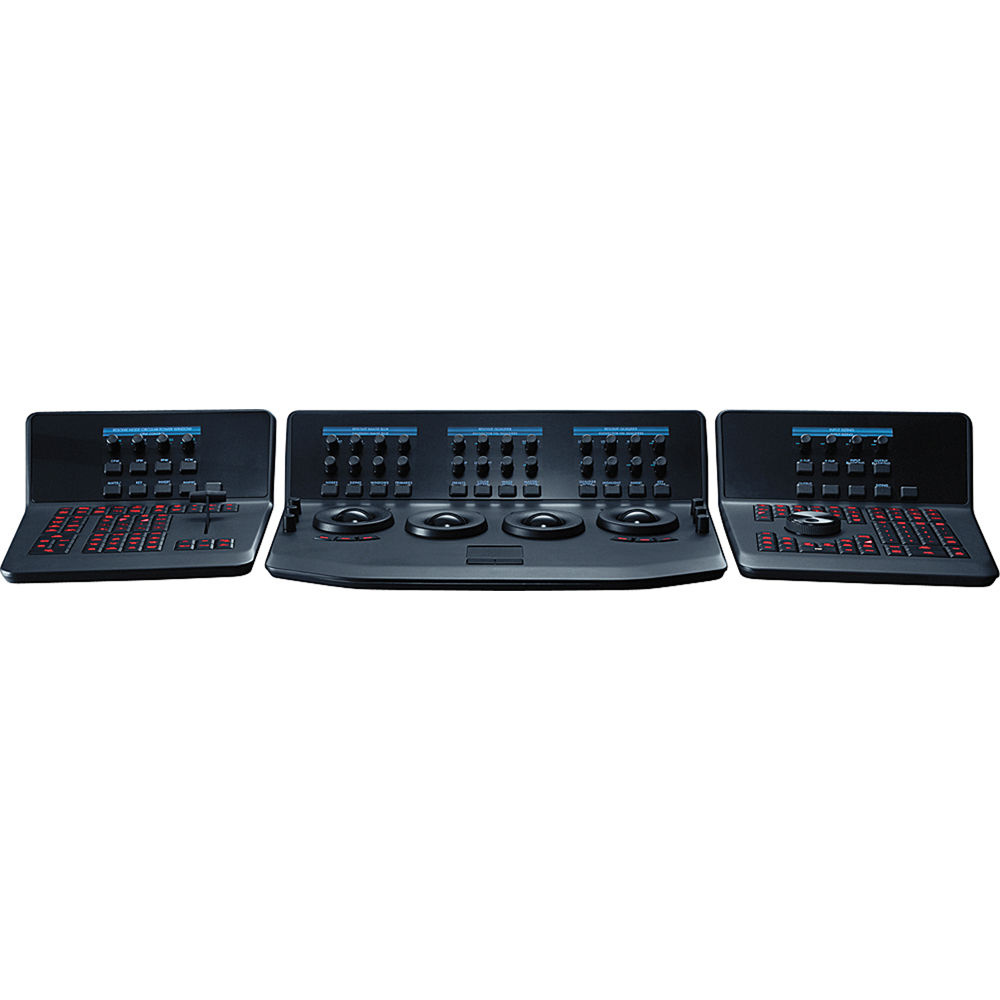