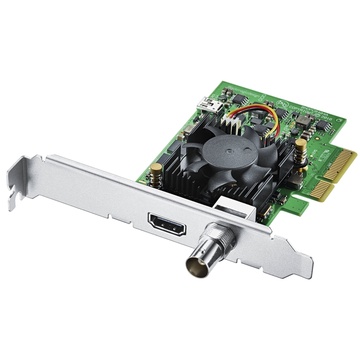 Product #35726 | SKU BDLKMINIMON4K
In stock with supplier Usually ships in 3 - 5 working days
what does this mean?

With the DeckLink Mini Monitor 4K from Blackmagic Design you can play out 4K content to high-resolution monitors and recorders in real-time from your compatible edit system. A 6G-SDI (backward compatible with SD, HD, and 3G variants) and HDMI 2.0 terminals are on the output panel of the card, so you can connect to professional broadcast equipment and displays or consumer monitors and televisions, respectively.

Consumer and professional video codecs are supported, including H.264, Apple ProRes, AVC-Intra, and more, allowing full-resolution output of nearly any project. Wide software support including Blackmagic Design's own DaVinci Resolve and Fusion in addition to other popular platforms such as Apple's Final Cut Pro X, Avid's Media Composer, and Adobe's Premiere and After Effects CC, allows for the same hardware to be used with changing workflows over time.

The card itself requires an open PCI-Express slot conforming to at least PCI-E 2.0 x4 specifications. PCI-E x8 and x16 slots in 2.0 and 3.0 variants can also be used. A full-height bracket comes pre-installed, and a low-profile bracket is included for installation in a small form-factor PC or an external chassis. 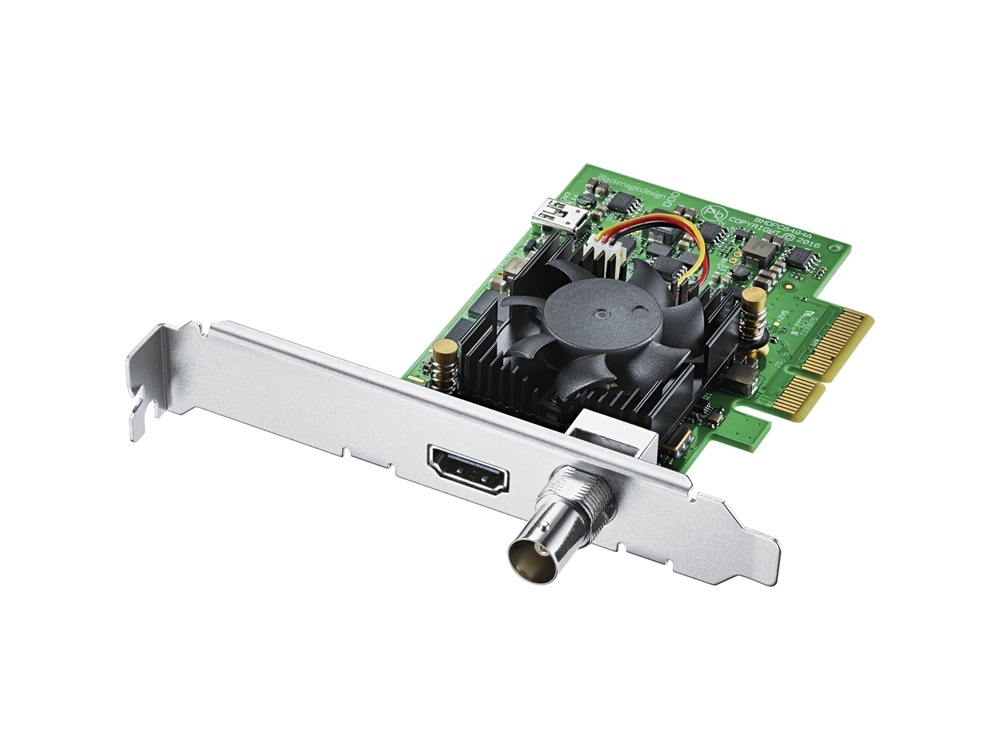