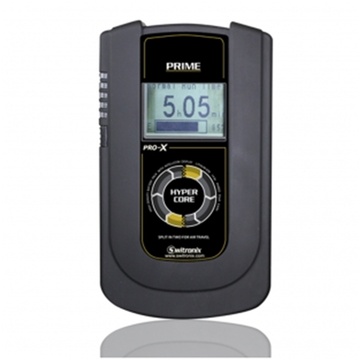 Employs a 2-part system to provide a higher capacity, air travel friendly battery solution, which can be legally transported without restrictions.

The addition to the Hypercore lineup, the Core SWX Hypercore Prime AG 190wh AB-Mount Battery employs a 2-part system to provide a higher capacity, air travel friendly battery solution, which can be legally transported without restrictions under IATA, ICAO, and UN regulations. With a total redesign and rethinking of a greater than 98wh solution, the Hypercore Prime may be the most complete battery offering in the industry today.

In addition to it's 2-part design, the battery pack was scaled vertically, to better distribute weight across the battery mount, and reducing depth by one half inch versus the older Hypercore 190 design. The new design also features a large backlit runtime LCD on the front. An LED grid, which wraps around to the front of the battery complements the LCD, providing charge status when charging, and can be seen from afar.

The Prime is available in V-mount and 3-mounts; and have two integrated, unregulated P-tap connections on the battery allowing you to power any 12-16.8vdc device. An additional output of a USB allows accessible charging for your mobile device.

Any charger within Core SWX’ charger lineup will charge Hypercore, but the battery series is also the most cross platform, charger-compatible in the industry today. The V-mount offerings (Hypercore S) will also charge on IDXTM, SonyTM, and REDTM, allowing you to maximise service life out of your current charger.

Runtime LCD
The Hypercore Prime is fitted with a runtime LCD on the front of the pack which is the most visible part of the battery, making it convenient to view. Not only will you be able to see true runtime, in hours and minutes, but the LCD also provides an estimation based on a dummy load of 30w, when in standby (disconnected from devices).

The Prime’s LCD’s serves a third purpose as a charge indicator. Recognising this as a critical feature for battery packs in our industry, Core SWX’ proprietary on-board fuel computer leverages the Hypercore’s “smart” battery platform to take an aggregate view of the past usage of the battery, charge and discharge performance, to provide the most accurate runtime calculation.

A Smarter Battery
Smarter BatteryThe Prime is a very intelligent battery. While having to insure balanced charging/discharging and being matched with the proper serialised mating half, the pack also meets the standards set by the current Hypercore range. The battery pack is “Multilingual” meaning it is able to communicate to cameras as well as chargers with both one-wire and two wire protocols.

The Prime matches the charger compatibility of other Hypercore models, working with any charger within the Core SWX charger line-up. The Hypercore V-Mount offerings will also charge on IDX, Sony and Red maximising service life out of your current charger. The Prime AG (Anton Bauer Mount) falls within our Hypercore Gold series which is 100% compatible with Anton/Bauer chargers firmware V3.6 and up.

Hibernation Mode x 2
Whether you have a seasonal downtime, or want to make sure the life and longevity don’t go wasted, each half of the Prime has a motion sensor on-board. The Prime has a hibernation mode within each half, monitored by an accelerometer, similar to that found in mobile devices.

Hibernation Mode
The accelerometer is tied to a clocking device to gauge how long the battery is inactive. The Prime will go to into hibernation mode when there is no battery usage or movement after a 48 hour period. The LCD shuts down as well, to preserve state of charge. Once you pick up the battery or connect the halves together, the battery pack awakens, coming back to life at maximum capacity.

Accessible Power
The elongated pack design allowed Core SWX to fit two power taps on-board, exceeding what has been currently offered by their brick battery line-up. The integrated p-tap (powertap/dtap) connectors on the side of the battery are perfect for powering ant 12vdc device. Also included is a USB port to provide accessible charging of your mobile devices.

Hypercine & the Prime
Have a thirst for more power? With our continued promise of providing customers the ability to continually scale Core SWX’s technology and get the most from your investment, the Hypercine can fit and utilise four Prime packs to transform into a block battery of nearly 800wh!

Supporting both the film and digital cinema markets needing 14.4V and 28V power outputs, a Prime loaded Hypercine will surely get you through your production. In addition, when fully depleted, you can charge back up the four Prime batteries in under 5 hours with the Hypercine!

All of this in an air travel compliant package!

Voltbridge
With battery power being the most critical part of production, Core SWX recently released VoltBridge. VoltBridge is Core SWX’ battery monitoring platform that utilises a Bluetooth Low Energy (BLE) UART to transmit smart battery data to iOS & Android devices, allowing the user to monitor and set low battery warnings, via push notifications, on up to 25 devices per tablet or smartphone. With Hypercore, all the smart battery data is passed through the pipeline to the app, providing the most extensive feature set in the app.

Transportation Information
The Hypercore Prime is able to split into 2 seperate parts making them safe to carry with you on your flight! 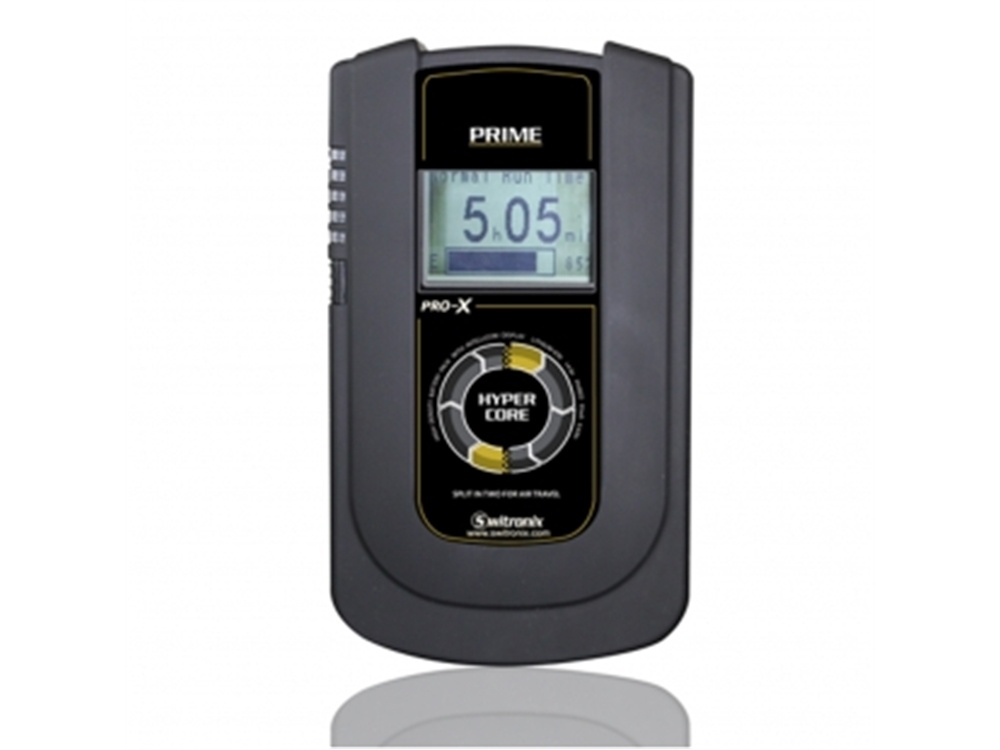