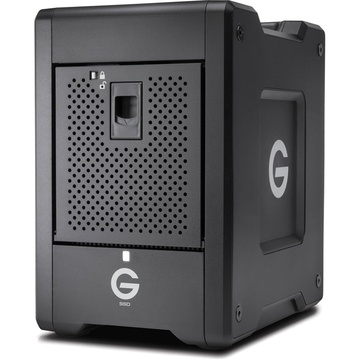 NOTE: This drive comes pre-formatted as RAID 5. This means the capacity of one drive is used to provide protection from a drive failure. Actual usable capacity will show as 14TB.

Built for easy travel between on-site locations and studios, the 16TB G-SPEED Shuttle 8-Bay Thunderbolt 3 SSD RAID Array from G-Technology delivers storage for demanding workflows, such as 4K, 8K, high dynamic range (HDR), high frame rate (HFR), and virtual reality (VR) footage. Its sustained data transfer rates of up to 2800 MB/s allow users to edit multi-camera footage in real time, render multi-layer effects, and export efficiently. Featuring an overall capacity of 16TB, which is split over eight 2TB 2.5" SSDs, this array comes pre-configured in RAID 5, which provides a good balance of performance and data redundancy, but is also able to be configured as RAID 0, 1, 10, and 50, each of which provides performance, data redundancy, or a combination of both. The G-SPEED Shuttle's RAID functionality is driven bya a hardware controller, which handles its processing, leaving your system's resources free to handle other tasks.

The G-SPEED Shuttle comes preformatted for macOS 10.12 and later, but can be used with Windows 10 and 7 via a simple reformat. It achieves connectivity with its dual Thunderbolt 3 ports, each of which provides bi-directional transfer speeds of up to 40 Gb/s and is backwards compatible with Thunderbolt 2 using a separately sold adapter. While one of the Thunderbolt 3 ports is used to connect to your host system, the other may be used for daisy chaining up to five additional Thunderbolt-compatible devices together, including additional storage, displays, and docks. Included is a Thunderbolt 3 cable and a power cord, and protection is provided by a limited 5-year warranty.

Transportable Design
This array has been built for easy travel between your on-site production location and to the studio for post-production, so you have powerful and transportable storage to help improve your workflow efficiency, wherever you are.

Optimised Support for Multi-Stream Workflows
Built for multi-stream 4K, 8K, and VR production workflows, the G-SPEED Shuttle SSD offers the bandwidth to support multi-camera editing in real time, the rendering of footage with multi-layer effects, and quickly export in an efficient workflow.

Built-In Hardware RAID
For maximum performance, the G-SPEED Shuttle SSD comes in RAID 5 out of the box and supports RAID 0, 1, 10, and 50 to provide a versatile and flexible storage solution.

Daisy Chaining for up to 5 Additional Devices
With dual Thunderbolt 3 ports, you can conveniently daisy-chain up to 5 additional devices, keeping you connected to multiple drives, 4K displays and more, through a single connection to your computer.

Limited 5-Year Warranty
Backed by a limited 5-year warranty, you can be confident in the storage of the G-SPEED Shuttle SSD for years to come. 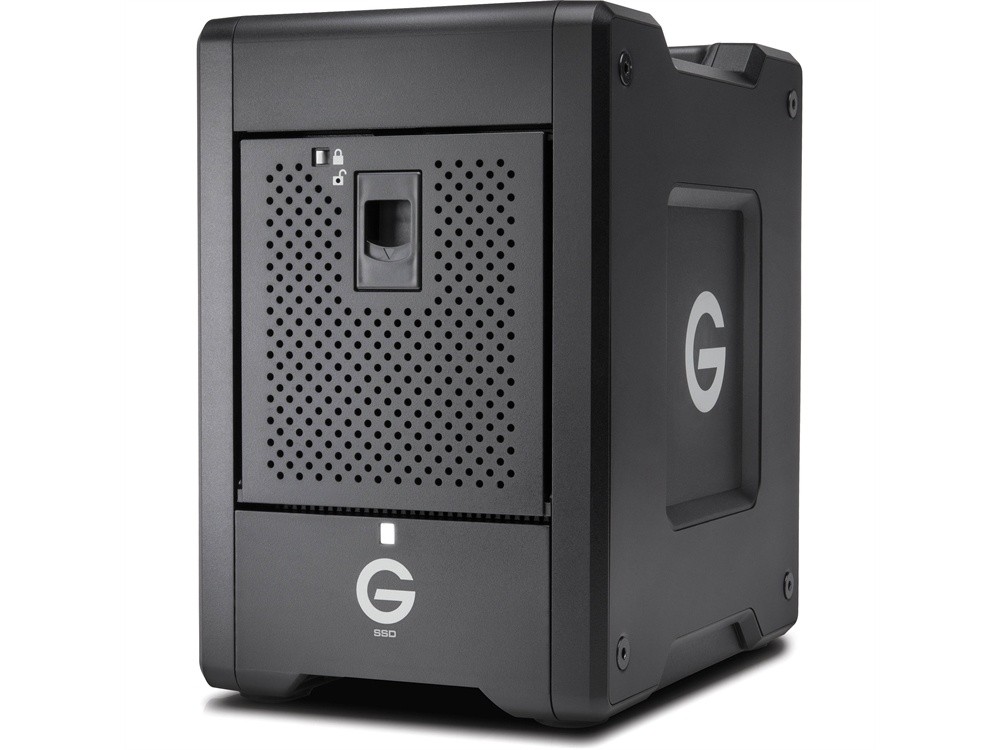