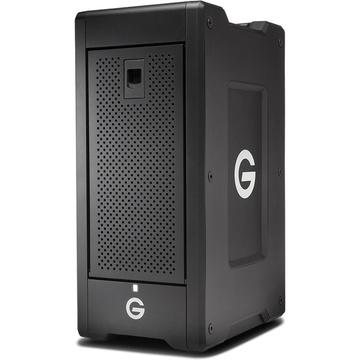 NOTE: This drive comes pre-formatted as RAID 5. This means the capacity of one drive is used to provide protection from a drive failure. Actual usable capacity will show as 40TB.

Built to support for video workflows on location and in the studio that require large capacities, high-powered performance, and multiple RAID configurations for multi-stream 4K, 8K, and VR workflows, the G-SPEED Shuttle XL 48TB 8-Bay Thunderbolt 3 RAID Array from G-Technology provides up to 48TB of enterprise-class storage that is made up of six 8TB 7200 rpm 3.5" hard drives and is equipped with two 40 Gb/s Thunderbolt 3 ports. While one of the Thunderbolt 3 ports is used to interface with your host system at speeds of up to 1500 MB/s, the other can be used to daisy chain up to five additional devices to your G-SPEED.

In addition to the six 3.5" drive bays, this array also has two Evolution (ev) Series drive bays that support ev Series drive modules. If there is data that needs to be copied off the array's 3.5" drives, it can be copied to the ev Series modules, which may then be removed from the array and transported or mailed with more ease than a 3.5" drive. ev Series modules can also be used to adapt memory cards, such as the RED MINI-MAG, so that content may be transferred to and from the array.

The six drive bays of the G-SPEED come pre-configured as hardware-controlled RAID 5, which provides a good balance of performance and data redundancy. Also supported is RAID 0, 1, 6, and 10. Please bear in mind that the ev Series drive bays may only be configured as RAID 0, 1, and JBOD.

The G-SPEED Shuttle XL 48TB 8-Bay Thunderbolt 3 RAID Array comes formatted for macOS 10.12+. After a simple reformat, it may also be used with Windows 10 and 7. Also included is a 40 Gb/s Thunderbolt 3 cable, a power cord, and six removable disk modules, and two ev Series bay adapters. Protection is provided by a limited 5-year warranty. 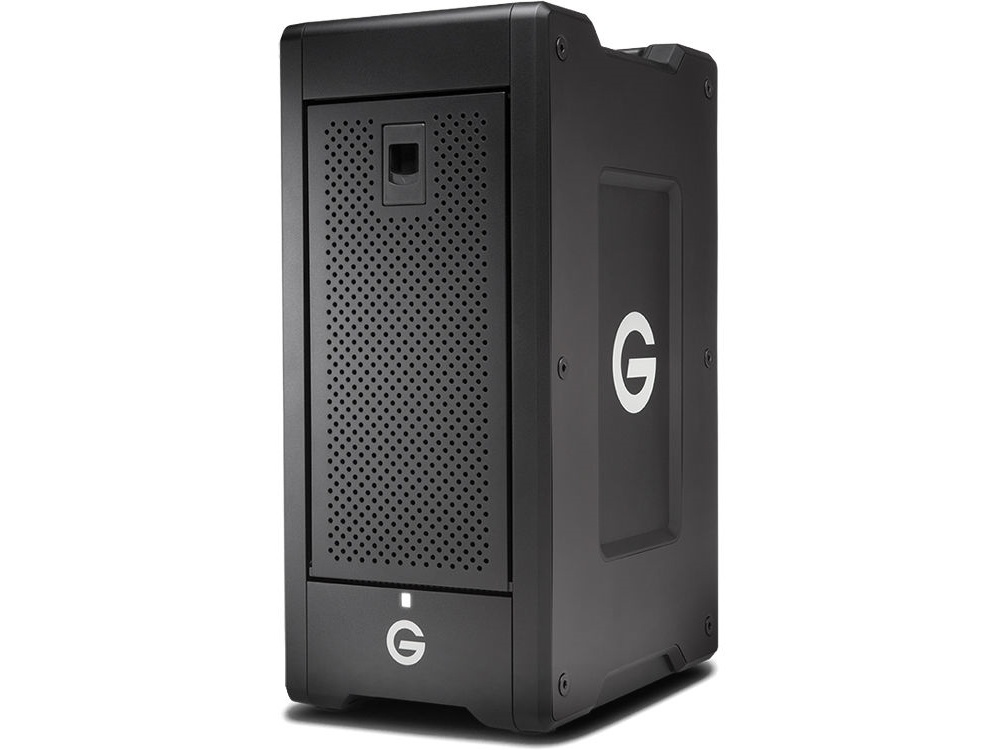