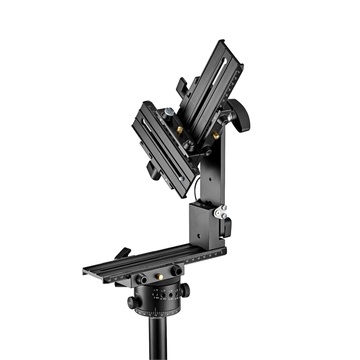 The VR Panoramic Head is essential for capturing 360o stills and videos. With its 4-kg payload, it works perfectly with Professional DSLRs.

It features sliding plates to position the camera over the panoramic rotation axis, a sliding plate that rotates around the front/back tilt axis. These allow the camera to be rotated on both horizontal and vertical axes around the camera/lens nodal point, making it easy to achieve the most accurate 360o VR shots . Using this panoramic head enables photo stitching software to produce a precisely composed VR environment with minimum post-production or software correction. All its plates and rotation index guides feature clear markings to allow easy repositioning of the camera once nodal point position has been identified and noted down. The vertical bracket can be unlocked and rotated through 90° (then re-locked) so that the head takes up less space during transportation, ensuring that the sliding plate mechanisms are protected against knocks and bumps. 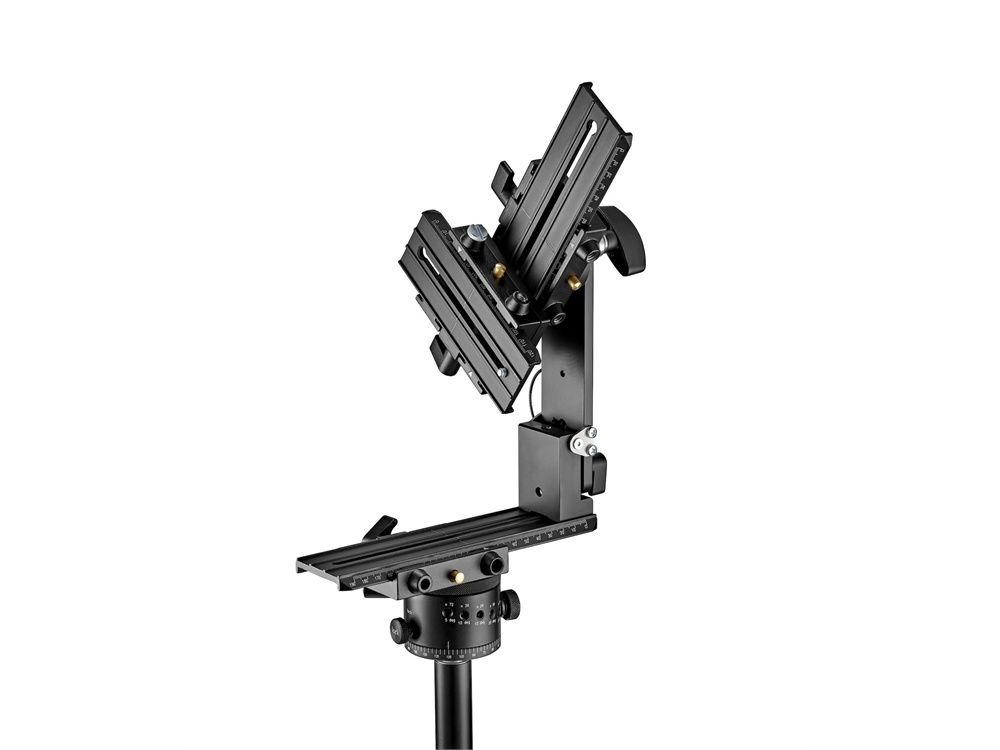