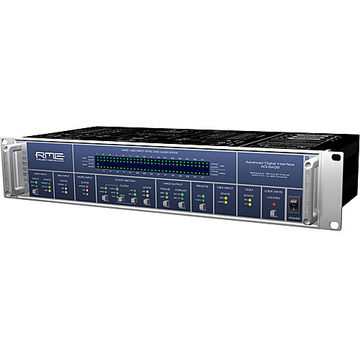 The ADI-6432 from RME is sixty-four-channel format converter, that features conversion from MADI to AES, and vice versa. Typical applications could include two units for use as a digital multi-core, or a single unit used as AES/EBU front end for the Hammerfall DSP MADI PCI card.

MADI handles sixty-four channels of 24-bit audio at sampling frequencies up to 48 kHz, thirty-two channels up to 96 kHz and sixteen channels at 192 kHz. All channels are transferred across a single cable, using either a coaxial (BNC) or optical network cable. The AES/EBU channels are available via eight, 25-pin D-sub connectors.

The unit features RME's SteadyClock, which provides very low jitter operation. Intelligent Clock Control retains the last valid sample frequency in case of a loss of the input signal. The front panel contains almost one-hundred LEDs for accurate and exact display of signal status. Errors can be spotted instantly and corrected, and the control keys can be locked to prevent accidental changing of settings. 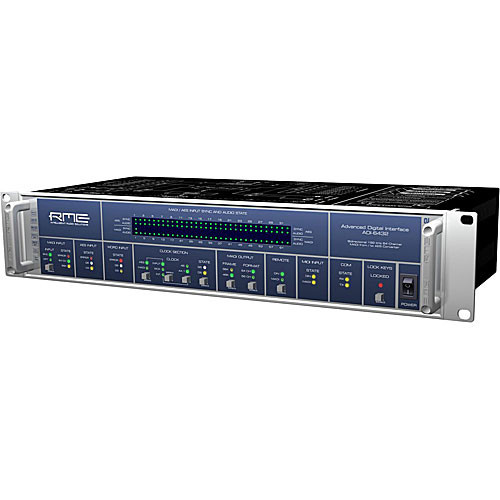