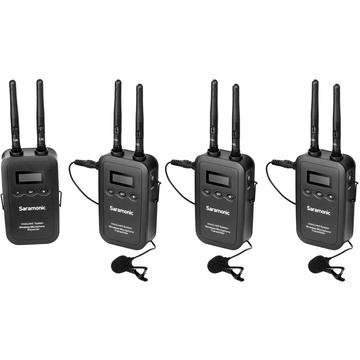 The VmicLink5-RX is a camera-mountable integrated wireless receiver. Featuring an easy-to-read LCD display and DigRF synchronization between transmitter and receiver, the receiver has a selectable output mode that allows you to choose the output signal in mono or stereo.

The VmicLink5 TX transmitter is equipped with a crystal-controlled PLL synthesizer and is built with a mute function. It has a lock-type mic and line-input connectors and is designed to work in the 5.725 to 5.875 GHz frequency band.

In addition, the VmicLink5 5.8 GHz Three Wireless Lavalier Mic and Receiver System can constantly monitor and hop between frequencies and maintain the strongest possible signal level at a range of up to 30m. 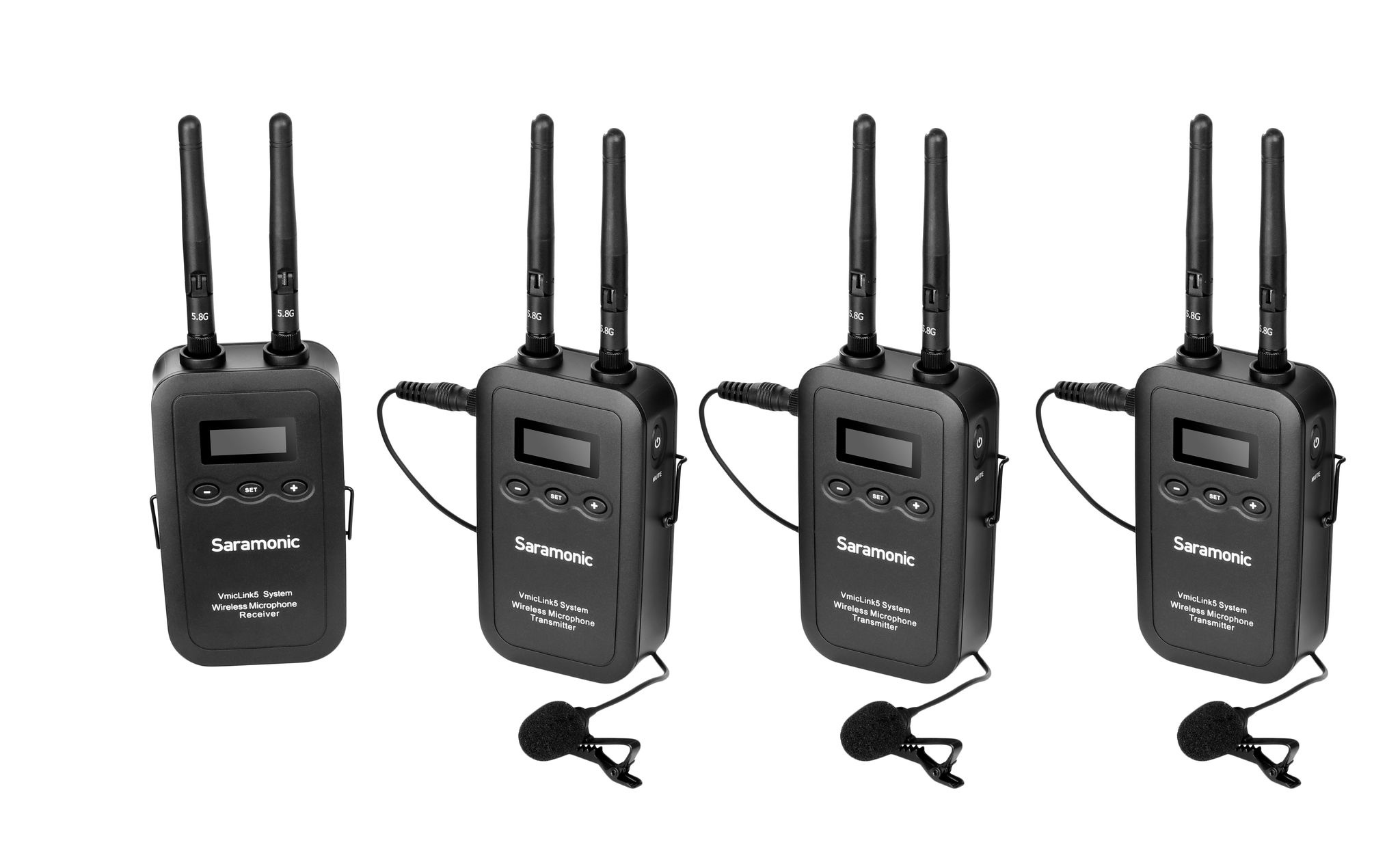