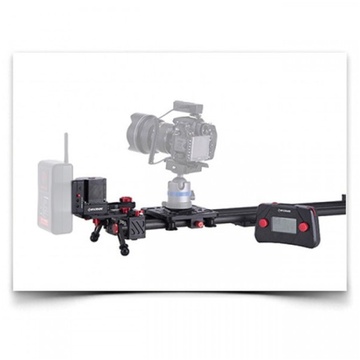 It is divided into three sections. The wireless shutter controller, the electronic motor section, and the wireless motorised controller.

Paired with the iFootage Shark S1 Slider and with the innovation of the wireless controller unit, the single axis motor system is released from the limitations of more traditional wired systems, restricted by using cables and wires.

The iFootage Single Axis system allows several kinds of control. The whole system uses 2.4GHz radio frequency to place commands, this low rate of frequency will not interfere with other equipment. Users can potentially control 3 Shark S1 Sliders at the same time when their frequency settings are the same; Besides the incredible function, the users can control the camera with the help of iFootage wireless shutter controller separately when the camera is fitted onto the shark slider with the motorised control system.

The iFootage Single Axis is also designed for time-lapse shooting. The iFootage Single Axis uses two modes to control the time-lapse: number mode and time mode, users can choose the mode they prefer, and take photos freely. Also the function of "Ease In" and "Ease Out" offers the users to create the different kinds of videography. Additionally, the function of "Preview" allows the users to understand the video effect before shooting, and therefore increase the success rate on the outcome video.

Compiling several images or footage into a seamless composition design has become easier. Considering photographers need to shoot repeatedly, iFootage Single Axis system provides a record function which can keep a total of nine programmable traces. Users can quickly choose the trace they prefer from the record data packet. This trace can be used in the functions of Auto mode and Time-lapse mode.

Top of the line, protective equipment black case that is also watertight, airtight, and crush resistant is included. It has a protective closed cell foam cushioned bottom and egg shell lid-foam top, which will protect the equipment during transportation.

Easy to set-up. It takes roughly 3 minutes to install the motor onto the iFootage Shark S1 Slider to begin using.

Stay tuned, iFootage will be releasing another additional add-on accessory to this unit that will allow 3-AXIS movement. 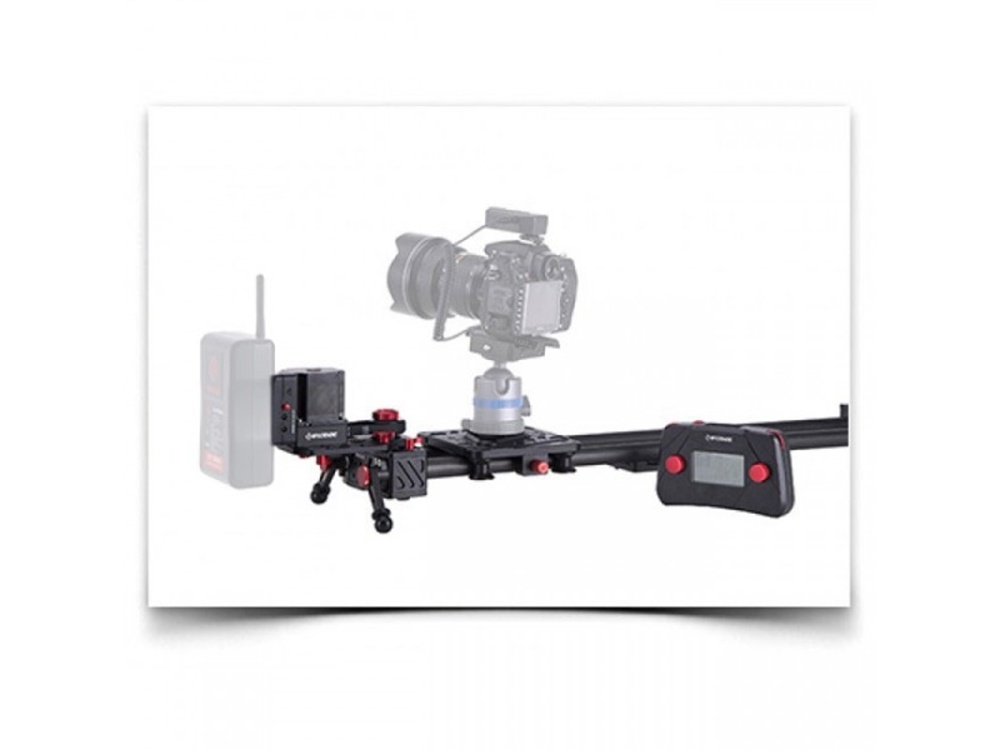