(based on 3 ratings) Thanks for your rating! 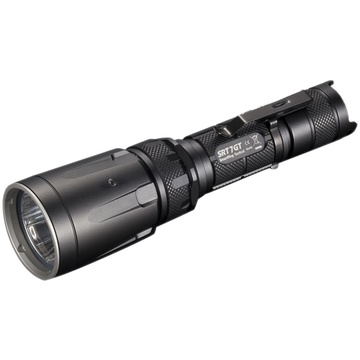 (based on 3 ratings) Thanks for your rating!

Designed for law enforcement, tactical, and hunting applications, the SRT7GT SmartRing Multi-Colour LED Tactical Flashlight offers precise control of an array of functions with a smooth twist of its selector ring, including a brightness level of up to 1000 lumens.

The SRT7GT employs a Cree XP-L HI V3 LED and secondary LEDs in blue, green, red, and ultraviolet for a variety of tasks. The red light helps preserve night-acclimated vision and is suited to low-light tactical, hunting, and general outdoor use. The green light is helpful for viewing maps and documents and has some applications in hunting, while the blue light can be used for blood and stain detection. The UV lamp is useful for document inspection, medical investigation, and mining activities. The SRT7GT also offers white strobe, white location beacon, and blue/red police signal modes.

The light's housing is aluminium alloy, reinforced with a stainless steel bezel ring. Rated IPX8, it is submersible to 6.6' and is impact-resistant to 5 feet. The multi-functional power indicator light displays battery status, so you won't be caught by surprise with a depleted power source. The mineral glass lens has anti-reflective coating for optimal light transmission, and the reflector is made with crystal coating and precision digital optics technologies for a long throw. A titanium-coated stainless steel clip keeps the light at the ready.

(based on 3 ratings)
Own or use this product?
Give it a quick rating: 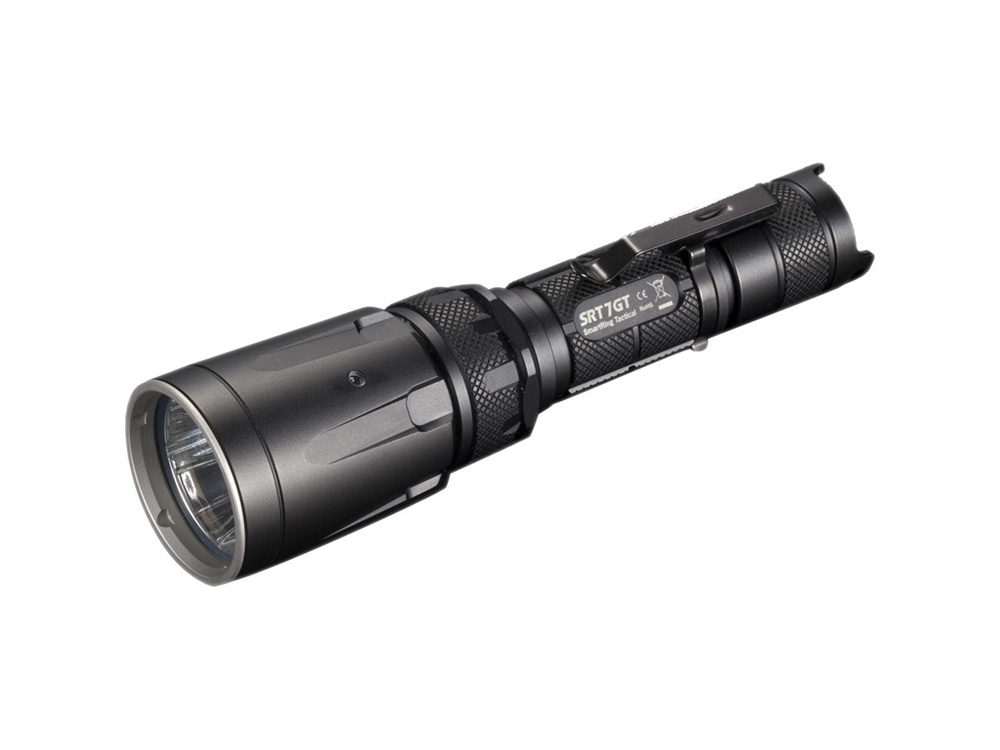